One of the world’s most renowned charity wine auctions, The Cape Wine Auction (CWA), returns in 2023, marking the 10th anniversary since its launch in 2014.

This year’s the event will take place on Saturday, February 18 at the luxurious Hazendal Wine Estate in Stellenbosch, in the heart of the Western Cape.

The Cape Wine Auction – in partnership with Mastercard – is regarded as one of the most significant international wine charity auctions ever launched in South Africa, uniting the industry around a single goal of raising money for education. It is also a much sought-after ticket on Cape Town’s social calendar.

Since its inception, the event has created a benchmark in philanthropy, raising a staggering R117 million, with 100 percent of all proceeds managed by The Cape Wine Auction Trust. These funds are distributed amongst several beneficiaries, making a profound impact on the education and lives of children in the Cape winelands. 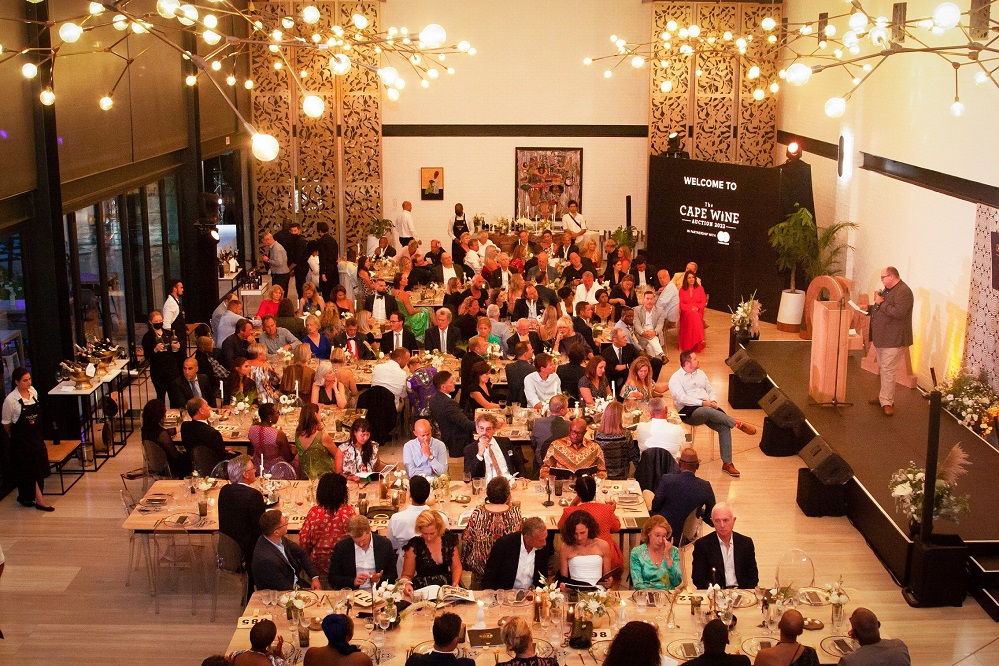 “This year we are celebrating a decade of The Cape Wine Auction and planning a very special event at Hazendal Wine Estate, where we are determined to raise even more than the R12 million we achieved last year.”
Raymond Ndlovu, Chairman of the Cape Wine Auction Trust
.
“Mastercard would like to congratulate the Cape Wine Auction Trust for the exceptional work that it has been doing over the past 10 years. Through our partnership with the trust, we have been able to seamlessly align our brand purpose of connecting everyone to priceless possibilities, and we continue to make a meaningful difference in our country. We invite everyone to join in on the effort to contribute to the education of the future … our future!”
Gabriel Swanepoel | Country Manager, Mastercard South Africa

The Cape Wine Auction lots are one-of-a-kind experiences which are not available for purchase, and include rare wines, bespoke overseas adventures, stays in exceptional private homes, and exclusive access to the inner sanctum of the South African wine industry.

Lots that raised significant money last year included a three-night getaway for eight people on Beyond Benguerra Island in the Bazaruto Archipelago, which went for R1.2 million; a Best of British lot, which included much sought-after tickets to top golf, horseracing and Premier League football events in the UK and a week-long stay in Tuscany at the historic and incomparable Villa Saletta.

The Gift of the Giving lots – straight-forward donations of varying amounts from R10 000 to R100 000 – also raised a substantial amount of money, an indication of the generosity of the auction’s guests.

A limited number of tickets for this year’s Cape Wine Auction dinner and dance, are available to the public at a cost of R7,500 per person and can be purchased from Webtickets at www.webtickets.co.za.

10 Good Reasons to Consider a Career in the Culinary Industry