South Africa’s Ndavi Nokeri is one of the front-runners at this year’s Miss Universe pageant according to polls on social media.

The Miss Universe finale takes place on Sunday, January 14 in the US and will be broadcast live on 1 Magic (DStv Channel 103) from 03h00 on Monday, January 15 and repeated in a prime time slot (details to be announced).

Miss Universe 2022 will be the 71st edition of the pageant and takes place at the New Orleans Morial Convention Center in Louisiana where Harnaaz Sandhu of India will crown her successor at the end of the event.

Contestants from 84 countries are competing in the competition which will be hosted by Jeannie Mai and Miss Universe 2012, Olivia Culpo. Mai is an American television host and stylist, best known for her work on the makeover show How Do I Look? and last served as a backstage correspondent during Miss Universe 2014. Culpo last served as host during Miss Universe 2020. Miss Universe 2018 Catriona Gray and entertainment reporter Zuri Hall will serve as backstage correspondents. This marks the first time in the pageant’s 70-year history that there has been an all-female presenting panel and will also be the first edition of the pageant to be held under the ownership of the Thailand-based JKN Global Group which purchased the Miss Universe Organization rights from WME/IMG last year. 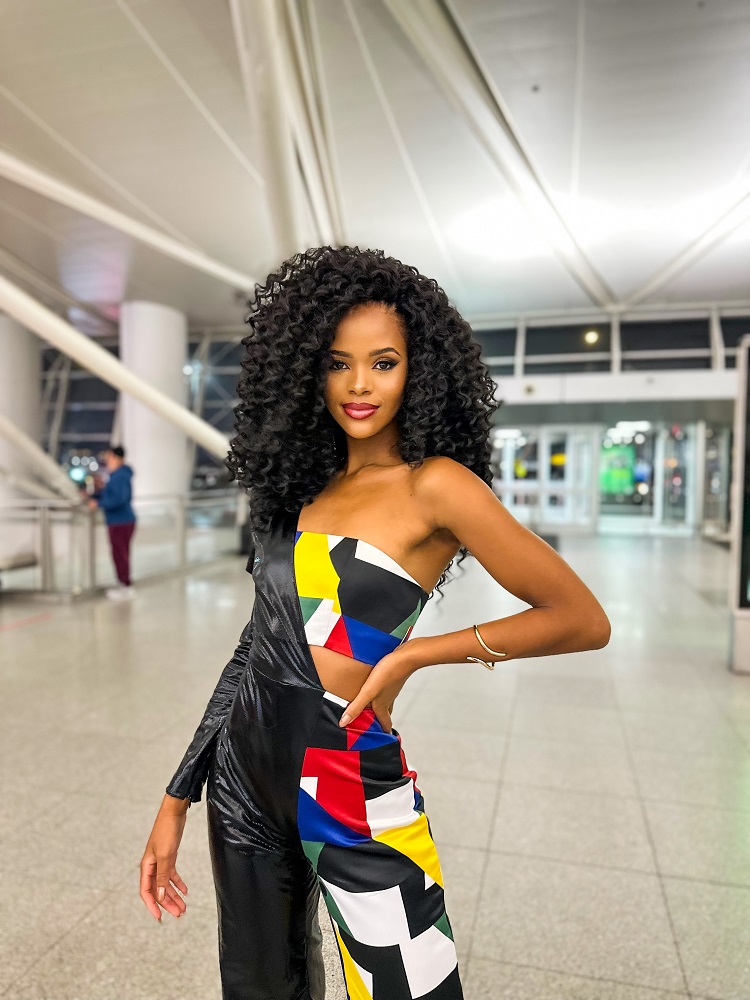 Online sites including Philstar.com, Missology and Miss Universe Predications have the reigning South African queen as one of the front-runners and she is a hot favourite with Miss Universe fans and followers.

The current build-up to the finale is preparation time as the contestants are taken through their paces and there are a number of events that entrants have to participate in. One of these was the Muba Cosmetics shoot. According to the Miss Universe official news outlet, Pageant Circle, Miss South Africa was one of five contestants chosen to do a special shoot for the official makeup sponsor. Gloriously bronzed photographs of Nokeri appear alongside contestants Evlin Khalifa from Bahrain, Celeste Cortesi representing Phillipines, Anna Sueangam-iam from Thailand and Alicia Faubel representing Spain.

Nokeri arrived in New Orleans last week after spending an exciting few days in New York, and says: “It has been wonderful meeting my fellow contestants face-to-face and getting to know them. My preparations are on track and I’m working hard. Zozi (Tunzi) has given me advice that I have taken to heart – to be confident and to be my authentic self.

“I also appreciate the wonderful support from all South Africans – I will be flying the flag high when I walk onto the Miss Universe stage and I am determined to give it my all, just as I did when I entered the Miss South Africa pageant.”

RETURN OF THE MAKHELWANE FESTIVAL: “SOWETO THROUGH THE EYES OF THE LOCALS”, JANUARY 27 – 29